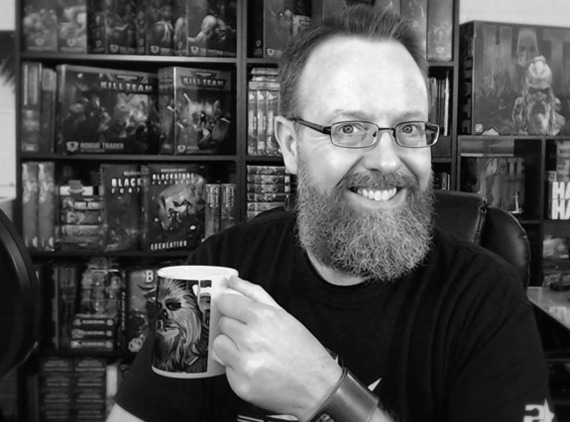 I am a professional creative, educator, game designer, and public speaker; as well as an all-around problem solver. I’m an award-winning graphic designer, illustrator, and recognized as an influential educator. My creative knowledge and interests focus on art, design, and game theory. My expertise in these areas have attributed to the successful launch of a variety of video game edutainment titles for companies like Nordic Software and Family Interactive in the past, and more recently for traditional game titles, like Battle for Sularia, from Punch-It Entertainment and Argent Saga, from Alter Reality Games.

I create content and visual strategies for a variety of local and national clients. My expertise includes the following: agriculture and animal sciences, healthcare and senior living, education, food and micro breweries, geek culture, toys, and video and board game industries.

Illustration is my personal passion. I was trained as a fine artist and can work in multiple styles, which includes abstract, photo realism, cartoon, and comic book styles. In addition to my own illustration work, I have also art directed several illustrators on video, board, and trading card game projects. I have been published in both print and digital, and won an AIGA gold award for my work on the Sweet Tooth trading cards for Peter Morris.

I create designs for both print and digital applications. Whether it’s a logo, brochure, website, or an entire visual identification system – I create designs that grab people's attention – that are produced on time and within budget. In addition to my design experience, I’m also skilled in building creative teams for large-scale projects that involve a combination of print, web, and video applications.

I co-created and art directed Battle for Sularia, from Punch-It Entertainment, and co-developed the world setting along with art direction for Argent Saga, from Alter Reality Games. Whether your design project needs a little gamification twist or is a full-blown game that needs a large-scale world setting; from concept art to final packaging and nearly everything in between – I can help bring your game to life.

I was an adjunct professor of graphic design at the Hixon-Lied College of Fine and Performing Arts, at the University of Nebraska – Lincoln. In addition to the work in class, I helped students learn about and join trade organizations like AIGA, internship placement, and mentoring programs.

I love talking shop about art, design, and games. I have been a guest lecturer on various campuses, conventions, and organizations. I am always interested to learn about new opportunities to meet and share my experiences with others. 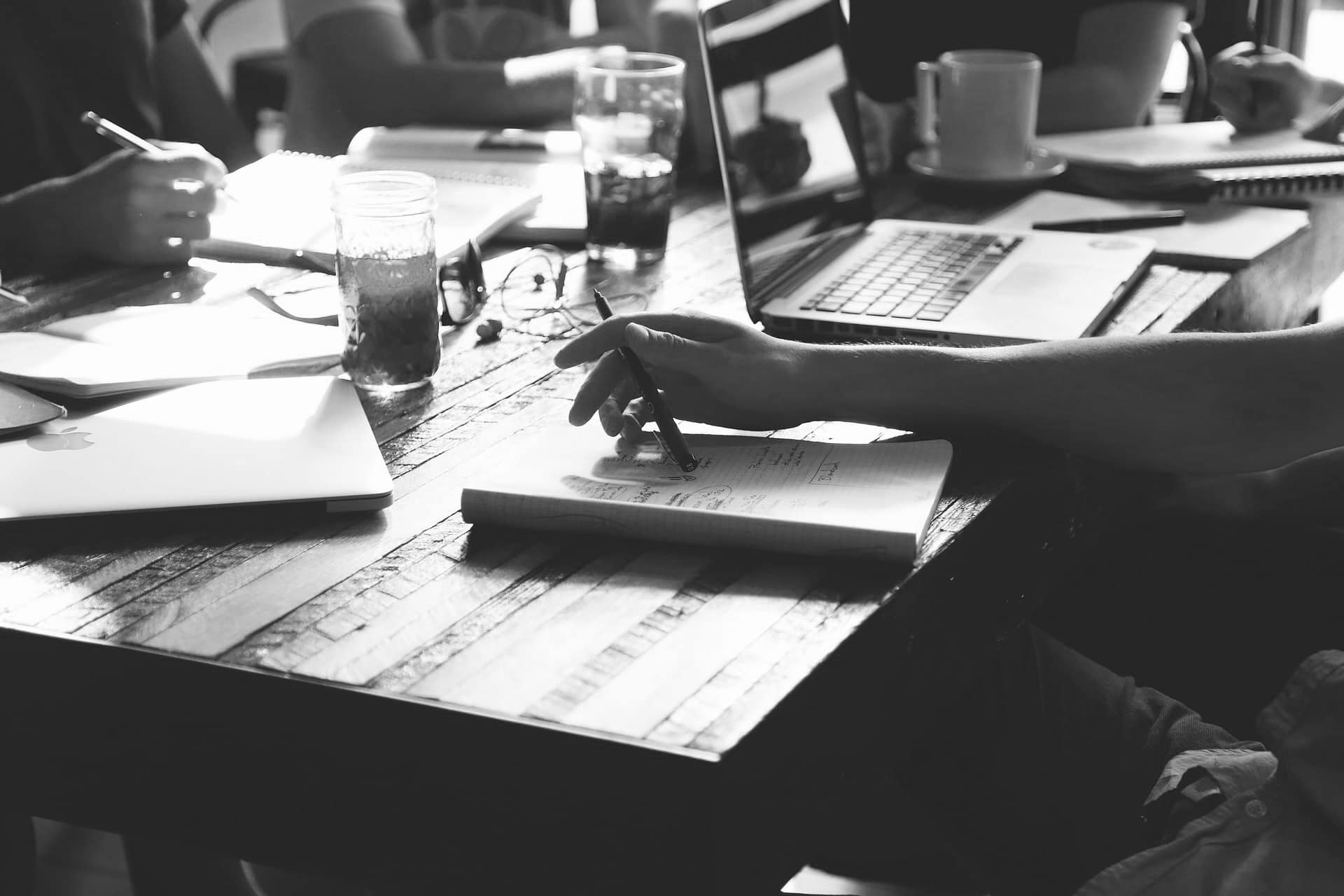 Since 2006, I’ve had the opportunity to work with some great clients – both locally and internationally. I love meeting new people and learning about who you are and what you do; and how I can help your service, product – your brand – grow!

John offers in my opinion some of the most creative and innovative design approaches here in Lincoln. He is courteous of his clients, competitive in price, and has an extraordinary design vision. John has to be one of the most talented artists I know in general and his talents shine in every piece of work that he does. I have utilized John’s services with my current organization as well as past organizations. He maintains excellent communication with his clients and takes a personal interest in all of their projects. This interest translates seemlessly into a companies general marketing strategy.

John is a pleasure to work with, and he was well regarded at Stanley. I was always very pleased with his results and how he accomplished them. Not only is the quality of his work top-notch, but John showed uncommon leadership in coordinating the redesign of the website, rolling out new business processes, and mentoring other members of the Marketing Department. Because of these qualities, I was able to offer him an expanded role and more visibility within Stanley.

If you are in need of top notch creativity John is your guy! John also works well with clients, is always punctual, trustworthy and consistent.

The Battle for Sularia card game was a large-scale design project for Punch-It Entertainment. The project included design work for product logos and iconography, play cards, play mats, game boxes, art and rule books, tradeshow materials, web design, art direction for the card illustrations, and more for Battle for Sularia; Blood, Profit, and Glory; Reign of Terror; The Good, the Bad, and the Savage; and Chronicles of Sularia. The following showcases some of the brand defining work from the project.

The Argent Saga card game was a design project for Alter Reality Games in Medina, Ohio. The project included logo, iconography, card design, along with art direction of the card illustrations for set 1 and 2, expansion 1 and 2, and a number of promotional cards—over 400 in total.

John Kimmel Creative has worked with a variety of amazing clients over the years. That relationship typically begins with designing or re-designing the client’s logo. Whether for a company or a specific product, the logo and related iconography is arguably the most important visual identifier that helps define the brand.

Graphic design for toys is not something we get the most requests for while based in the Midwest. However, it is one of the most personal rewarding projects to work on—frankly, we love this kind of work! The following includes concept designs for Mez-Itz and Toy2R Qee vinyl toys.

John Kimmel Creative specializes in illustration. Styles include cartoon to photo realism. While we can produce work for most subject matter, we prefer fantasy and science-fiction themes. The following work showcases both traditional and digital work. 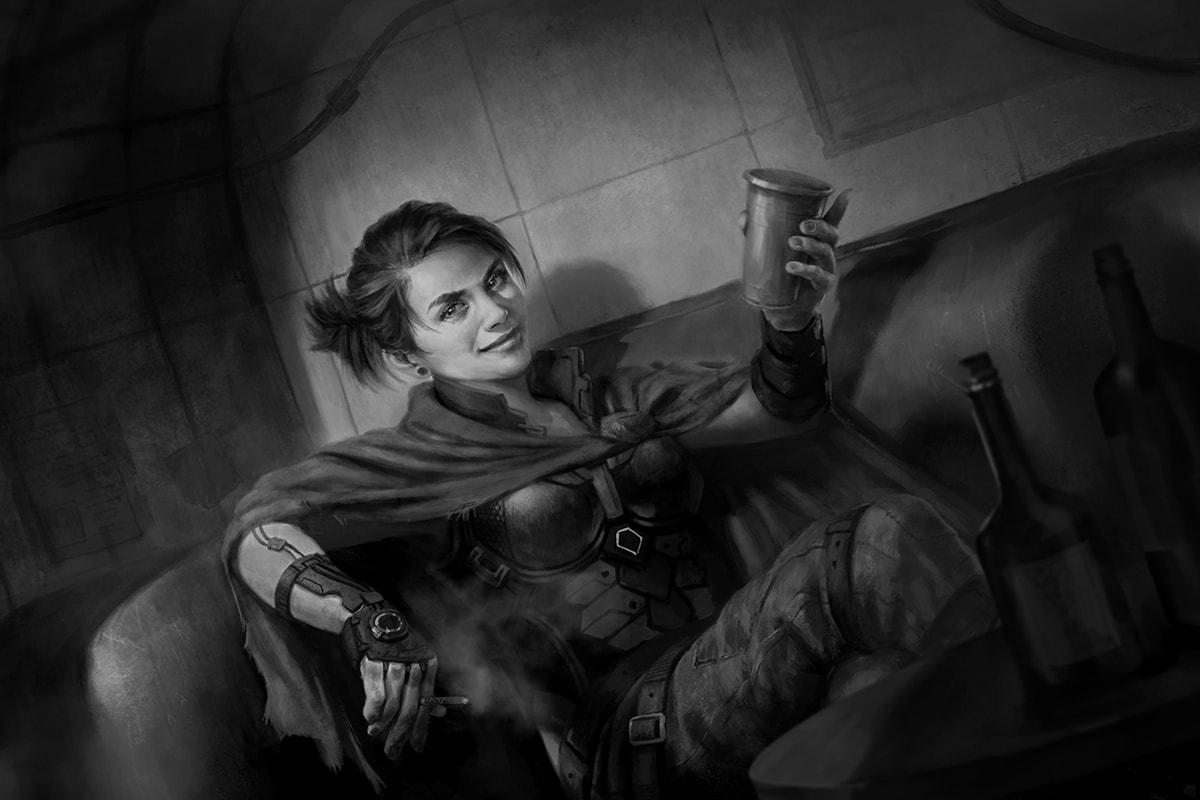 Are you a game designer or publisher looking for amazing art for your board, card, or tabletop games? John Kimmel Creative has experience with art directing freelance artists as well as art studios in the US and several countries around the world. This allows us to produce amazing work, in large volume, and within a tight deadline when a project calls for it.

Battle for Sularia is a science-fiction themed trading card game by Punch-It Entertainment. The game takes place in Sularia, a post-apocalyptic world, where factions of man, mutants, monsters, and machines fight over the resource known as Sularium and for control of the planet itself. Character designs and world settings for the five opposing forces in the game include the Jotune, Synthien, Protoan, Exsularian, and Mercenary factions. The project was made up of more than 90 unique pieces covering The Battle Begins starter set, Blood, Profit, and Glory expansion pack, Reign of Terror faction pack, and The Good, the Bad, and the Savage faction pack. The portfolio here showcases some of the best artwork from each faction.

Argent Saga is a fantasy themed trading card game by Alter Reality Games. The world of Argos is set in a fantasy world made up of humans, dragons, vampires, steampunk machines, and more. It twists and blends existing historical and classical fantasy tropes to create a unique cast of characters and world settings for the six factions of Argos. These include the Dark, Light, Air, Fire, Water, and Argent elements. John Kimmel Creative art directed set 1 and 2, expansions 1 and 2, along with several promotional artworks—spanning over 400+ unique pieces. The portfolio here showcases some of the best work from set 1.

If there was a problem Yo, I’ll solve it. Check out the hook while my DJ revolves it. Ice ice… OK, seriously, I’m here to help—call me.